Reporting on criminal proceedings is an important part of journalism. However, there are many important restrictions which must be considered to make sure you stay on the right side of the law. 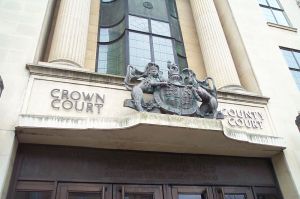 Journalists and publications can be prosecuted if they are found to have created a substantial risk of serious prejudice when criminal proceedings are active, even if they did so without malice.

If a journalist is found to be in contempt of court and committed serious misconduct, they can also be expected to pay the legal fees for the prejudiced case.

To stay on the safe side of the law it is worth knowing that reporting on any of the following is considered to potentially be a substantial risk:

It is also important to note that you are in contempt of court if you publish any information about jury deliberations in a trial or try to obtain information on their discussions. Interviewing a friend about their experience as a jury member in a trial may sound like a good feature article but following through with it could land you in serious trouble.

You are also in contempt of court if you take photographs, draw sketches, film or audio record what is happening in a court of law, its building or the area immediately surrounding it.