It’s not every day you save someone’s life. But, as one student proved this week, it can be done – even while studying for a degree. Incredible stuff.

By Leigh Boobyer for River Newspaper 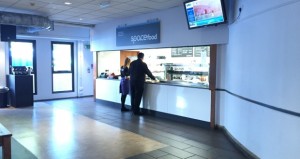 The removal of Penrhyn Road’s Subway from Kingston University’s Space Bar formed part of a university rebrand to encourage students to eat healthy on a budget.

Kirsty Robinson, the marketing manager of the replacement company, Elior, said “Subway had been replaced at Penrhyn Road to allow for more choice for students along with better quality products at affordable prices.”

However, the extinction of The Space Bar’s beloved Subway has caused huge controversy.

Ian Smith, a third year sports science student, said: “I am very disappointed. There is a total lack of understanding what students want prior to them changing it.”

By Carys Jones for Redbrick 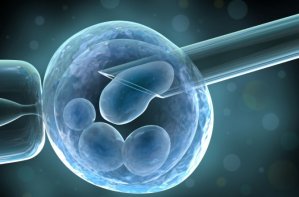 A social policy and crime student at the University of Birmingham donated his stem cells to a blood cancer patient last week.

Oli Elston, a student donor, discussed the simplicity of the procedure.

He said: “I thought donating bone marrow might be an invasive procedure, but when the Birmingham Marrow volunteers told me how easy it was I thought it would be a great thing to do. From then on I always had the donor card in my wallet but didn’t expect to be called up.”

His decision follows a collaboration between the Birmingham Marrow society and Anthony Nolan, an organisation that matches blood and stem cell donations with those in need of a transplant.

Students angry at taxi drivers with “no concern for safety”

By Anna Lewis for Gair Rhydd 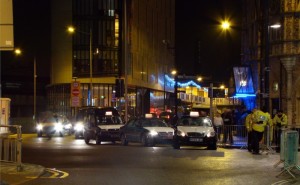 Cardiff taxi drivers have come under fire after refusing to drive students for short distances, only days after a series of sexual assaults and pressure for students to use the Safe Taxi Scheme.

Despite both the University and police advising students to take taxis home following the attacks, taxi drivers have turned down requests to go to areas such as Cathays due to their close proximity to the city centre.

At the height of security concerns during freshers’ week, third year student Bronwen Weatherby explained that she was turned down five times when trying to find a taxi home to Crwys Road.

She said: “By this point I was outraged but also a little scared that I wouldn’t get a ride back when I was on my own. We had already been told not to go home by ourselves since some of the attacks had already occurred.”

By Kieran George for The Gaudie

A proposed shake-up to the way universities are governed has been met with condemnation from sectors of the university community.

Under terms of the Scottish Higher Education Bill published in June, university governing bodies would be required to have two board members elected by staff and students, and two elected by trade and student unions.

By Freya Gibson for Concrete

Freya Gibson spoke to Hugo White of festival giants The Maccabees ahead of their gig at UEA’s LCR on 20 November – check it out!