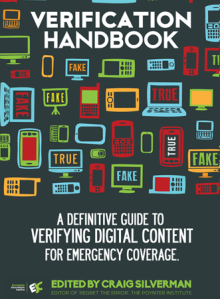 Any potential information for a story found on social media should be verified before being published unless it is from a trustworthy source.

Equally, avoid linking things together, unless an official body does so – and report what they’ve said. Just because two things happened, they may not be related and one may not have caused another.

It is always best in a breaking news story to be later to report the story than to report it first and get the facts wrong. Misreporting information due to haste can mean having to embarrassingly apologies later, whereas reporting news slightly later than others but getting the news right can help cement your reputation as being reliable.

This said, if you are unreasonably slow in reporting a story you will be seen as inferior to your competition and less people will read your story.

There is no easy answer for this catch 22. You’ll never get it always right in a breaking story, but check all the facts you can – as fast as you can.