Reporting on rape and sexual assault is one of the most sensitive issues a student newspaper can tackle.

Reporting rape and sexual assaults on campus can be a difficult task, but it’s essential to do it and to do it right, for the sake of the victim, the accused, interested parties and the student community as a whole.

Sensitivity is the key to ensure reporting isn’t inflammatory or prejudicial to any possible criminal trial that may follow.

Rolling Stone printed a story last November that a University of Virginia student was gang raped at a fraternity house. Shortly afterwards The Washington Post:

“Uncovered details suggesting that the assault could not have taken place the way we (Rolling Stone) described it.”

After publication, details started to come apart and the reporter phoned her principal editor, who retracted the article saying, “it was the worst day of my professional life”.

So how do you get it right, balanced with the need to inform your community?

The Dart Center for Journalism and Trauma outline some key ideas, along with a printable tip sheet. 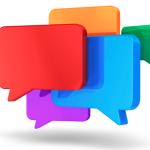 Firstly, get the language right. In the UK, rape is the act of penetration of the vagina, anus or mouth without consent, by a penis.

The key words there are by a penis. Only a man can be a rapist, but women and men can be raped. If the victim is under the age of 13, all sexual conduct is classed as rape.

Make sure you’re using the right terminology as rape is an indictable crime, one that can only be tried at the Crown Court and sexual assault is an either-way offence, which is categorised as less serious.

The accused could sue you for defamation for getting it wrong and you could be hauled into court on contempt charges.

Rape is not about sex, it’s a violent crime about power and control. Be careful not to paint the victim and accused as ‘having an affair’ or relationship as it will have little, if any, bearing on the issue of consent.

Survivors will read your story. Maybe not the victim of this incident, but there are many rape survivors out in the wider world. Bear that in mind.

Victims are victims. Be careful to avoid victim-blaming by reporting on the victims drinking, behaviour or clothes, unless it is a key part of the trial.

Under UK law, victims have lifetime anonymity – ‘lifetime’ being the keyword. You can name the victim of a rape-murder, if a crown court orders the anonymity be lifted, or if the victim waves their right to anonymity.

Be careful on the final edit that you don’t risk identifying the victim. The following, for example, could identify the victim:

“A netball team member, who is a second year sociology student, was returning to her house on Church St”

Consider the impact of publication. The Dart Center recommends:

“Consider letting survivors read portions of your story before publication, as it can lessen the impact of public exposure and help catch factual errors. After reading – and seeing evidence of your intentions – they may decide to share more of their story with you.”

Take Care with CCTV or Images 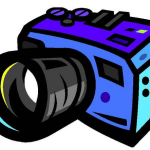 In the initial part of a police investigation, the local constabulary may release photos to journalists of CCTV images to help identify people they wish to speak with. A student newspaper should be careful not to insinuate any person in the photo is guilty or will be arrested.

Normally, the police force will phrase it along the lines of ‘We want to speak to the person in the CCTV image as someone who can help with our investigation.’ Don’t report it as ‘police release CCTV image of rapist.’

A real-world example of this was when a student newspaper released a police image after a student was raped on a night out. The person in the image was identified and arrested, but later released without charge or bail.

The family of the person identified threatened to sue the student newspaper for defamation, but the report was accurate and simply repeated the police line of ‘the police are looking to speak to this person to help with the police investigation’ and no lawsuit was ever brought.

Also, be careful not to call the accused a rapist or a sexual attacker until they have been convicted. Many people are investigated or arrested, but a person can only be safely called a rapist after a guilty plea, or a jury of their peers has convicted them.

Get it right. Be aware of your audience and your impact. Ensure you don’t identify the victim.