This week in the student media sphere, Natalie Bennett talked nuclear, Warwick students tried out selfie spoons and UCLan landed an alumni in Albert Square. Intrigued? So were we.

By William Brown for the Mancunion 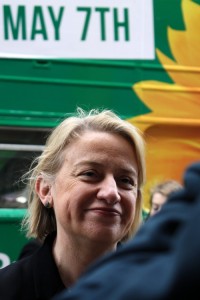 Green Party Leader Natalie Bennett told the Mancunion she would question the sanity of any British Prime Minister who would seriously consider using nuclear weapons.

The statement follows Prime Minister David Cameron’s 4 October “assurance” that he is prepared to use Britain’s nuclear deterrent if a justification can be found.

Cameron was responding to the previous week’s Labour Party debacle, which had seen Jeremy Corbyn’s controversial break with many in his shadow cabinet.

She said: “Well he’s said something that I’ve been saying for years. These weapons are absolutely unusable. I mean Colin Powell, the former US General, is one of the people who have been similarly quoted. These are hideous weapons of mass destruction.

“I hope that no sane British Prime Minister would ever seriously contemplate using them.” 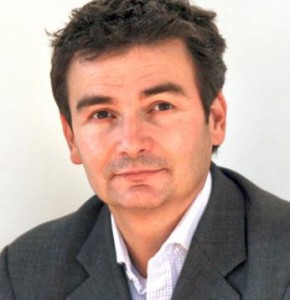 By Tom Morgan for Wessex Scene

Senior researchers at the University of Southampton will receive a multi-million pound cash boost to help develop better cancer treatments.

The team will share the money with other researchers around the UK, after a Cancer Research UK awards scheme allocated the funds to help develop new pathology and image analysis techniques for solid tumours.

Professor of Experimental Pathology at the University of Southampton, Gareth Thomas, said:

“As we move towards an era of personalised medicine, the ability to accurately select patients likely to benefit from a particular cancer treatment is becoming an essential requirement of clinical practice.”

By Elise Metcalf for Exeposé 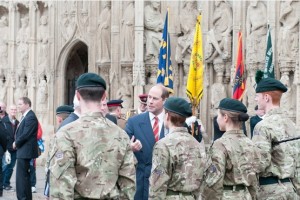 A third year from the University of Exeter has described meeting Prince Edward during his visit last week as “unexpected and surreal.”

The Royal attended a military service at Exeter Cathedral in remembrance of the 43 Brigade’s efforts during the Second World War.

All members of Exeter University’s Officer Training Corps (EUOTC) had the opportunity to meet and speak with the Prince during his visit.

EUOTC member Fleur Peoples said: “It was a very unexpected and surreal experience but lovely to have the chance to talk to the Prince. He was very engaging and down to earth.”

Tom Conlon, a second year EUOTC member, said: “I was able to have a really good chat with Prince Edward. He was interested in the EUOTC and how it fits into university life.”

By Chloe Kenyon for Pluto

Riley Carter Millington, 21-year-old actor and former student of UCLan, will be the first transgender actor to play a transgender character in a British soap.

The selfie stick has acquired a cooler, stranger sibling. Investigators at the Boar tried and tested the latest trend. 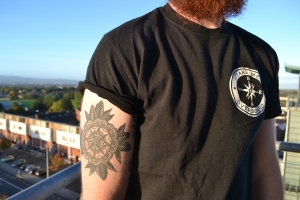 Are tattoos essential body art or will they stop you getting a job? Rebecca Keane at The College View reports.