It’s been a tough week. From the Paris attacks to today’s events in Mali, the world’s media has faced scrutiny in recent days – but how did you do it? We take a look at some of the biggest headlines in student news. 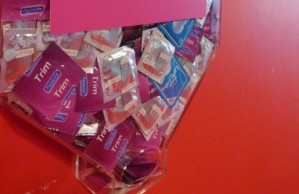 A Gair Rhydd sex survey of 250 students found around 50 per cent of participants are not aware of the sexual health services currently offered by the Students’ Union.

The survey asked students about attitudes towards sex, experiences with sexual health and knowledge of existing health facilities.

One particular cause of concern recorded was the lack of sexual health advice for LGBT+ students.

As one participant suggested, “there should be sexual health and education resources aimed directly at the LGBT+ community. We are, after all, sexual and gender minorities.

“Virtually all of the resources exist catered to straight people and most queer people are left completely in the dark having to fend for themselves and learn about sex the hard way with no prior educative material.”

In the study 21 per cent of the participants described themselves as either gay, lesbian, bisexual or other, with the remaining 79 per cent selecting heterosexual or “rather not say.”

Eyewitness in Paris: A first person account of Friday 13 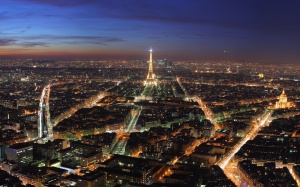 Exeposé’s French correspondent Guisy Urbano gives a powerful account of her experience of the Paris attacks while on her year abroad.

By Sam Mcinty for Concrete 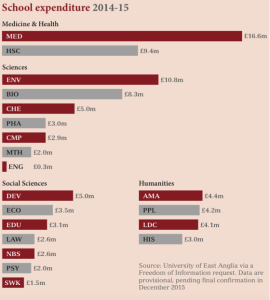 An investigation by Concrete has uncovered a disparity in funding in comparison to quality of research and rankings on university league tables, particularly between individual schools of study within faculties.

The Union of UEA Students’ (UUEAS) Undergraduate Education Officer responded to the figures, claiming that questions must be asked about the current model of higher education funding.

A Freedom of Information request  revealed a large difference in funding between schools of study, especially when comparing the Faculties of Science, and Health Sciences, and the Faculty of Humanities.

A look back at my first term problems

By Helena Elliott for Epigram

Helena Elliott evaluates her first term at Bristol University. Brutally describing her room as a prison cell, she looks at making friends, bitchy halls and dirty laundry. Worth a read!

Can you eat healthily on less than £25 a week?

By Asad Zulfiqar for Roar News

A recent survey found that 62% of students spend less than £25 a week on food, £10 less than the supposed required budget for a healthy eating plan.

A healthy eating plan is defined as including the government recommended five portions of fruit and vegetables per day, with an overall balanced diet being low on saturated fats. So less beef, bacon, butter, lard – if for some reason you like to eat lard, do less of that – that kind of thing.

Facing the reality of drug addiction

By Shauna Bowers for The College View

This hard-hitting feature from The College View looks at substance abuse and how to deal with it.