Unless you have been hiding under a rock with no WiFi, you’ll know two things. Jeremy Corbyn, instigator of ‘Corbyn-mania,’ is now favourite-to-win in the Labour leadership race. In other news, the student media year has officially begun after our favourite kind of conference, a student media one, happened (and is possibly still happening).

At the start of the week, Corbyn – pulling ahead on 53% – has dominated national and student news. On your digital platforms, he pops up everywhere: some profiled him and his fellow candidates, others analysed his impact on Labour. As the MP for Islington North has been mentioned so many times, we’ve shaken up the usual format and featured some of the best ‘Corbyn coverage’ we could find. 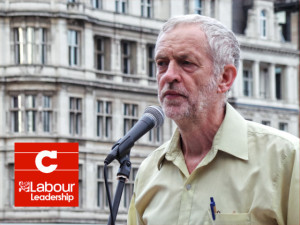 We loved this profile of Jeremy Corbyn, part of a series, from Concrete. Here’s a little snippet, but we urge you to read on. Great stuff!

“Much of his popularity, particularly with new young Labour members, students, and “idealistic” left-wing activists, is described by the media as having sprung from his tendency to talk about real issues with genuine concern. This is linked to the perception of him as a Westminster outsider; having never held a cabinet position he was in a position to vote against the Welfare Bill, unlike his opponents. Politically, he is perhaps also the most controversial choice…”

By Siobhan Bowater for Scratch Media 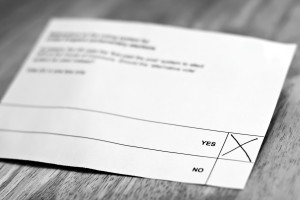 This scathing comment piece assures its readers that Lisa, as a political journalist, is not trying to sway who you vote for. She claims Labour isn’t opposing any other party but itself by voting for the left-wing MP. Read on to see if you agree.

Jeremy Corbyn and the electability issue

By Toby Leveson for Wessex Scene

If Jeremy Corbyn is voted in, will it make Labour “unelectable”? Toby Leveson reports.

Held at Amnesty’s headquarters in central London, several of our members tweeted excitedly as they networked with journalists like Owen Jones, the Guardian’s Simon Hattenstone and the BBC’s Tarah Welsh. SPA’s own Jon May delivered a speech on the importance of student journalism alongside NaSTA’s Marketing Officer, Mitchell Perry. We hope you enjoyed it!

Over 110 student journos attended the conference, a statistic that stunned organiser Sorana Vieru:

Some of the best tweets came from Ben Howgill of Demon Media, the Orbital’s editorial team and Pi Media.

.@emilyefrost and I made it to London, only got lost once! :D Ready for the @NUSStudentMedia #StudentMedia15 conference!

Starting early for day 2 of #studentmedia15 with workshops on investigative journalism and a keynote speech from @OwenJones84. Very excited!

Did you go to the NUS student media summit, also known as #studentmedia15, this week? Let us know.

By Beckie Thomas for The Saint

The duo, competing as St Andrews ‘Team A’, “soared” through the quarter and semi finals on the motion “this House would treat the deaths of soldiers as regrettable losses of life rather than examples of heroism”.

The victory marks the first time a Scottish university has brought home the prestigious European title.

By Megan Huntly for CUB Magazine

Living in London is hard. It’s so hard, in fact, that a Facebook page named ‘Broke in London’ did its rounds in news feeds across the country this week. Don’t fret, though, as CUB Magazine has figured out a way you can look good while also eating a fry up. Check it out!

By Caitlin Mclaren for Pluto

Burton, the director of blockbusters such as Sweeney Todd, Batman and Edward Scissorhands, is currently filming his latest movie, ‘Miss Peregrine’s Home for Peculiar Children”, in the town.

He has previously confessed he is “Blackpool Pleasure Beach’s biggest fan”.

Is there an issue with having an all-white-male Sabbatical team? Hiran Adhia, from The Boar, finds out.