As much as we love them, universities can sometimes be more reckless with their cash than students. Thanks to the humble FOI request – which is coincidentally the subject of a Society of Editor’s campaign launched this week – student papers have splashed exclusive bars on controversial investments made by their alma maters.

By Anna Caruthers for the Cambridge Student 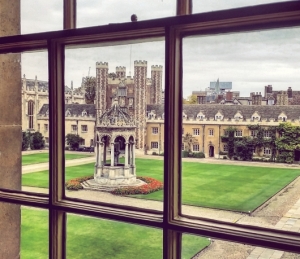 An investigation for the Cambridge Student comparing college land ownership has revealed significant disparities in acreage and income, with Trinity College reportedly owning over £700 million worth of land.

However, their senior bursar, Rory Landman, has stressed that much of the income they get from the land is redistributed to other colleges.

TCS has used a combination of college accounts (if available) and freedom of information requests to give a snapshot of land ownership.

St John’s has the greatest total acreage at 14,700 acres. This land is located in Cambridge, elsewhere in Cambridgeshire, Kent, Lincolnshire, Yorkshire and Berkshire, and the estimated current value of the College’s agricultural and other land is around £80 million. This “agricultural and other land” does not include operational playing fields. St John’s College were unavailable for comment when contacted.

By Ryan Chang for Roar News 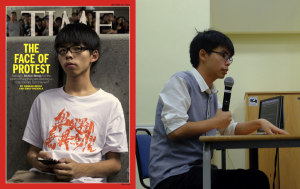 His talk was held at the same time as China’s leader Xi Jinping’s lunch with Queen Elizabeth II at Buckingham Palace. 19 year-old Joshua delivered an hour-long talk about last year’s Hong Kong demonstrations to an audience of approximately 60 students and guests at the Henriette Raphael Function Room on Guy’s Campus.

When asked to comment on David Cameron and Xi Jinping, Joshua Wong said, “Both Britain and China have betrayed Hong Kong.

“By keeping silent about a breach of international agreement, Britain has tacitly agreed with China’s authoritarianism.”

By Joseph Petrovic for the Badger

The University of Sussex has spent approximately £120,000 on the refurbishment of the Meeting House organ, according to documents obtained by The Badger.

The refurbishment was paid for with money from the ‘Sussex Fund’ alongside central University funds.

The donor-supported Sussex Fund “helps and supports students who find themselves in unexpected financial difficulty”, while also helping provide scholarships to ensure the “brightest minds can study at Sussex irrespective of their economic background”, according to the University of Sussex website.

By Polly Winn for Forge Press

A University of Sheffield student was killed in a hit and run incident on Monday.

At 9:25pm, a collision between a cyclist and a vehicle was reported and Crookes Valley Road was closed.

The student, said to be in his 20s, was cycling along Crookes Valley Road next to the junction with Oxford Street when he was involved in the accident.

If you’ve popped into Waitrose recently in search of Essential hummus and focaccia, you may have noticed long queues of students clamouring for caffeine. Read Epigram’s talking heads on Waitrose’s infamous free coffee offer.

Thousands lost thanks to vandals

Equipment worth thousands of pounds has been left useless following vandalism in new classrooms.

A projection screen, believed to be in the Chiltern Building, Marylebone, was left defaced by yet unknown perpetrators.

It is estimated the display, part of a multi-million pound university upgrade, cost £1,200.