It’s been a busy week in the student media sphere, earmarked by music festivals and packed full with a jail sentence, a Cameron-NUS row, and a fantastic win for Forge Press’ threatened newsroom. Skirting around the various graduation pictures that filled our news feeds this week, here’s what we found out from you guys:

“The world is your oyster, so crack it,” Jon Snow tells Sussex graduates

By Editorial Team for The Badger 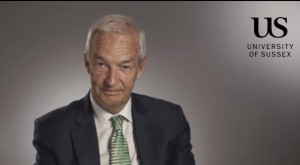 CHANNEL 4 veteran Jon Snow – who shares his moniker with the Game of Thrones character – told students they should “love each other” upon receiving his honorary degree from the University of Sussex last week.

The Badger reported that the 67-year-old addressed students graduating from the school of Global Studies on Tuesday 14 July via video link. He was awarded the degree for his services to journalism.

In his tech-savvy acceptance speech, he said:

“You have achieved something I never achieved.

“I was done out of my degree because I got involved in politics. Sussex University was a fantastic place to be. I wanted to be here but they didn’t want me, my A-levels were not good enough.”

We’re sure Sussex regretted their decision to bar you almost immediately, Mr Snow. 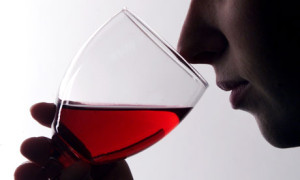 A FORMER student at the University of St Andrews will spend three years behind bars after it was ruled he attempted to poison fellow student Robert Forbes, say sources at The Saint.

Alexander Hilton, 24, mixed a bottle of red wine with methanol – a key ingredient used in anti-freeze and paint – and encouraged Mr Forbes to drink it before the New Hall Ball on 5 March 2011.

Mr Forbes was hospitalised after he consumed the wine, experiencing extreme lethargy and headaches. The concotion left him temporarily blind.

This was a wicked and deceitful act and it could have had fatal consequences.”

Mr Forbes “has been left with the agonising prospect of going blind in the future,” and has been “psychologically affected in a profound way”. It was a “testament to his own fortitude that he completed his degree.”

Mr Forbes graduated from the University in June 2015.

By Izma Azad for Redbrick 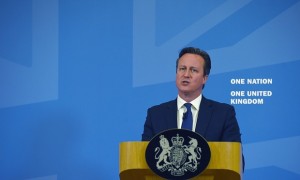 DAVID CAMERON challenged the National Union of Students on its decision to ally itself with advocacy group ‘CAGE’ while delivering his ‘counter-extremism’ strategy to Birmingham residents on Monday 20 July, Redbrick reports.

It has been claimed that CAGE recently referred to Mohammed Emwazi, known in the mainstream media as Jihadi John, as a “beautiful young man” earlier this year.

The NUS has since responded, saying they will not be working with CAGE “in any capacity”.

Outlining the government’s five year plan to stop “homegrown terrorism,” Cameron’s speech has been met with a “mixed reception” from both Muslim and non-Muslim groups, as well as students and the NUS.

He went on to say that under the counter-terrorism strategy previous statutory rules imposed by Theresa May on campus speakers may re-emerge in a “different” form.

“Universities will need to challenge extremist speakers on campuses”, he added.

By Sam Johnson for Pluto

Applications are open now for a Masters degree specialising in ‘Korean Dictators’ at the University of Central Lancashire.

The course, which carries a £5,000 price tag, will give students an insight into “what life is like” under Kim Jong-un and allow them to learn basic Korean.

Politics | Lessons in PR: How to make a health secretary squirm

By Oscar To for The Medical Student

We loved this witty comment piece from Oscar To at The Medical Student in response to ‘#ImInWorkJeremy’ social media frenzy that erupted over the weekend. Take a look!

By Shelby Loasby for BlueMoon

Budding reporters from Hertfordshire’s Trident Media lined the stages that played host to some of the UK’s biggest bands at Brownstock Festival in Essex on 11 July. They managed to bag interviews with the Hoosiers and new talent Youth Club, while live-tweeting the whole thing. They published all their coverage on their website this week – which we couldn’t stop reading – take a look.

The Badger‘s awesome interview with the most talked about man in left-wing politics this week, Jeremy Corbyn, sparked debate. Commenter Alan Story even tried to pose a reader’s question:

Was he asked what he thinks about the ‘first past the post’ voting system? Hint – Corbyn wants it retained.