It’s Halloween! Well almost. If you don’t already have plans to spook your friends this weekend, our members have plenty of ideas for you. That’s right, we’re not too old to give it a miss it yet!

The student aiming for Rio 2016

By Laura Denham for The Orbital

We loved this profile on Royal Holloway student Emelia Gorecka’s ambitions for Rio’s summer Olympics in 2016.

Ms Gorecka, a “big name on campus,” made her debut on The Orbital’s brilliant new website. Check it out!

By Laura Whetherly for the Oxford Student

Freshers at Oxford’s New College have been caught on CCTV running naked through the college library.

The first years are believed to have been taking part in initiations for the college rugby team, and were later noticed by college librarian Naomi van Loo on CCTV footage.

Van Loo sent an email on the morning of the 21st October to JCR members entitled “CCTV coverage of the naked contingent last night is splendid!”. The email contained no further content.

However, some students have voiced concerns over the wider implications of the initiations.

A student posted on the New College JCR page: “Hi everyone, Today rugby initiations took place and several (presumably very intoxicated) guys ran naked through the library. I *really, really* don’t want to get into an argument about this, especially not on Facebook. But as a peer supporter, this is a welfare issue.

“Initiations of this kind can be very exploitative, especially of people who have just started university, people who are really drunk, and people who want to fit in. It’s disrespectful to create an environment in which people are pressured to conform, and does nothing to dispel the damaging (untrue) stereotypes about the rugby team. It’s a real shame.” 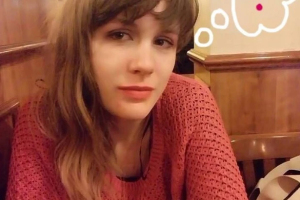 Friends have helped a student raise thousands to finance her degree after complications mean a decision on her student loan is pending.

Annie Cohen, who is studying history at Queen Mary University of London (QMUL), is hoping to raise £2,250 using crowdfunding platform Indeigogo by Friday. She is on track, having already raised over £1,500 in 17 hours.

She was previously studying history at University College London (UCL) but was forced to drop out in 2013 due to a string of health and personal issues including heart attacks, assault, bereavement and homelessness.

She says UCL deemed her “unlikely to be capable” of completing her degree at the time.

A campus-wide referendum is set to be held to decide if Southampton’s Hartley Library should remain open for 24 hours a day during term time.

Wessex Scene clues students up on the arguments for and against.

Festivities | Seven alternative things to do this Halloween

Fed up of the usual fare? Samantha Sekula at The Courier sorts that out in her jam-packed alternative guide to Halloween. Includes Netflix n’ Scream and a terrifying tour of Aberyswyth’s Silver Mountain.

The Glasgow University Students’ Representative Council (GUSRC) has been accused of arrogance and hypocrisy for its use of a contractor’s agreement akin to an atypical zero-hours contract for its minibus drivers.

The GUSRC’s minibus drivers transport students between their halls of residence and campus, with shifts lasting from three to six hours, running until 11pm.

The drivers are expected to sign a contractor’s agreement, which means that they are considered to be self-employed ‘contractors’ rather than employees of the GUSRC.