Writing news can be a tricky endeavour, with competing and differing training programmes, house styles and ways of communicating the same information.

This week, we’ll take you through a few tips and tricks to help make your news articles really stand out.

A quote we like that best summaries how much you have to cut/expand – especially relevant for newspapers – is:

It’s amazing that the amount of news that happens in the world every day always just exactly fits the newspaper.
– Jerry Seinfeld

Any successful news articles should satisfy virtually all of the 6 Ws. That is Who? What? When? Where? Why? and, especially for Reuters, hoW?

It be can difficult to pin down exactly what news journalism is, but this is a pretty good explanation: 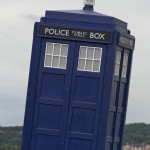 Who?
Should always be a person or group. For example:
David Cameron hit out at critics last night
Seventeen people were arrested at a protest

If your intro is not about a person or group, see if you can rearrange it:
New figures released today show that there has been a rise in gun crime.
More people are being arrested carrying guns.
This makes the angle personable and relatable, and therefore more engaging to your reader. 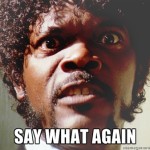 What?
Usually the case of who did what?
NEVER use the phrase ‘happened’ or ‘took place’
You should always be giving ‘a picture of action’:
A water leak has rendered Bar One closed
A flood has closed Bar One

Avoid using the verb ‘to be,’ makes the article static, since it will help give the piece motion and energy – and thus hold your reader’s attention longer:
A protest took place on Devonshire Street
There has been a protest in the city centre
Protesters clashed with police over Tory cuts 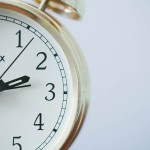 Never use dates in the first paragraph of your news story – it will turn your reader off in an instant.

And when uploading content to a website, avoid ‘today’ and ‘yesterday’, since when being read in the future by procrastinating website-surfing students, those time values will have changed.

Where?
Some stories won’t need a where:
David Cameron announced a new policy
Google buys out small start up

Why?
Important for giving context.

Wouldn’t include in the introductory paragraph and it isn’t necessary in factual pieces, but would be more relevant for policy shift or an ongoing campaign/issue.

Better to lend context to the wider issues or themes of your piece, or recount other relevant news stories, towards the end of your piece. Remember the pyramid structure!

How?
How do I know this?

Important to establish credibility for controversial or unverified stories.

For breaking news, it also establishes you have verified information and know where it is coming from. For example:

“A violent protest has broken out in the city centre over austerity, a Forge reporter at the scene said”

And if you’re ever curious of how video packages are traditionally put together, have a watch of Charlie Brooker’s “How to report the news”, which contains strong language: