It’s about this time in the ever-enthralling political cycle that student papers are fervently penning features on which party they like the most and their peers in political societies are hitting the streets campaigning.

Which means that while being on top of defamation law, when, for instance, printing candidates’ partisan mudslinging, is even more poignant, there are also several key laws every student journalist should be aware of when it comes to reporting elections.

Note that some of these are criminal offences, which can land you in jail for six months(!), so it’s imperative you understand the implications your musings might have.

Law concerning the coverage of elections is primarily enshrined in the Representation of the People Act (1983). It’s a pretty dry read, but we’ve broken down the main parts here:

Section 106 makes it a criminal offence to publish:
• Statements that are factually incorrect, if the purpose is to affect the number of votes
• The false withdrawal of a candidate, to promote another candidate

Section 66A also makes it a criminal offence to publish exit polls before an election closes. 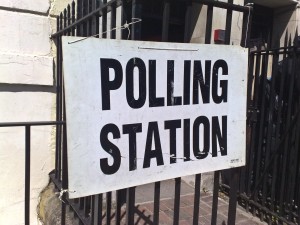 In addition, be careful to avoid publishing – or republishing – defamatory allegations. You might feel strongly that your audience need to be informed about a fact or incident, but be aware of the implication defaming a candidate might have.

Be extra careful not to use automatic ‘red flag’ words for defamation without sufficient evidence. Some classics include: racist, fascist, liar, cheat, broke/bankrupt, infamous (does NOT mean famous, it means famous for a VERY bad reason) or drunk.

If your outlet is paid for by or associated with a students’ union, and that union is a charity, you’re also restricted by charity law to be impartial. Whilst not an offence, the Charity Commission could fine your union from anywhere between £5k and £20k.

Unsure whether you’re about to break the law? First, stop. Then take specialist legal advice.

Neither the SPA nor the author can be held legally liable for advice or information contained in this article. If you’re ever in doubt, consult a media solicitor.