Student politics is a staple in our diets and can sometimes be hard to digest – but there’s usually good reason for each protest or boycott. This week, two separate universities boycotted the NUS awards, to protest the event’s sponsorship by multinational brand Coca Cola. Join us for seven days of fighting back – complete with a King’s charity hitchhike to Germany on 12 July and a pledge from Warwick to end their fossil fuel investments on 14 July. Here’s what we found out: 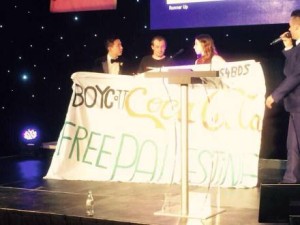 FOUR student officers refused their Diversity Award at Wednesday’s NUS awards. Instead of accepting their award, the officers – representing UUEAS (Union of UEA Students) – walked onto the stage to reveal a banner which read: ‘Boycott Coca-Cola: Free Palestine’.

Protesting against recent factory employment offered by Coca-Cola to Israeli settlements in Palestine, several unhappy NUS members saw the sponsorship as a breach of its current boycott, divestment and sanctions (BDS) campaign policy.

Yinbo Yu, Activities and Opportunities Officer at UUEAS, told Concrete that the officer’s decision to refuse the award was “not to downplay the amazing work our officers, staff, and volunteers have undertaken over the last year,” ensuring “the massive strides [we have] taken forward in improving the lives of our students” were recognised.

Were you among those boycotting the NUS awards in Bolton on Wednesday 8 July? Let us know.

Warwick pledges to divest from fossil fuels in landmark move

By April Roach for The Boar 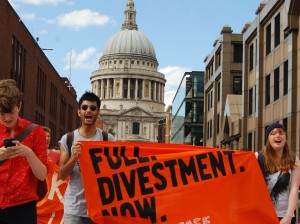 FOSSIL FUELS will no longer be invested in by the University of Warwick after council members passed a momentous bill, the Boar reported on 8 July.

A motion was passed to ensure Warwick’s £14 million endowment – £1m of which used to represent oil, gas and coal companies – will now replace this amount with fossil-free index related funds.

A statement from the University read:

“[The council resolves to] annually review the availability, financial viability and appropriateness of fossil free index-related funds for its investment in equities.”

“Should these conditions be met, the University would then commit to replace the existing funds with investments in fossil free index –related funds.”

By Luke Terheyden-Keighley for Roar News 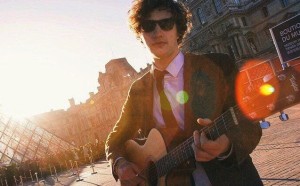 HITCHHIKERS from King’s College London ‘busked and bartered’ the 550 mile stretch from London to Germany in just 36 hours, raising £180 for charity.

The ‘daredevil globetrotters’, known as Phil and Merrick, set out without a single penny in their pockets. The pair dashed off outside Kings’ Guy’s campus at 9am, competing against four other Roadrunner teams based in London – each aiming to get as far from the city as possible.

Busking at Victoria Coach Station raised £100, which they spent on a bus to Dover and Ferry to Calais. They drove into Paris at 6am, and – by jumping a few barriers and using their ‘shoddy German’ (Roar’s words, not mine), they managed to make it to Germany in under 36 hours. Impressive!

Read more of Phil & Merrick’s story on Roar’s website. We know you want to!

By Johannes Huber for Nouse 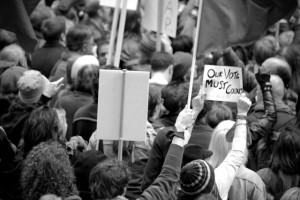 TWO MOTIONS of Censure at York Union have been rejected after a policy group found that although the officers “violated their duties as YUSU officers,” there were “insufficient grounds for Votes of No Confidence”.

The political nature of the action, along with its focus on the Conservative Party led several students to voice their concerns on the event’s Facebook page. Shortly afterwards, Motions of No Confidence were received by the Policy Review Group (PRG).

To bring our student politics theme full circle, we thought we’d feature yet another university to boycott the NUS awards on Wednesday 8 July – Brunel. Here’s how the superbly named Le Nurb reported it:

By Elisabeth Mahase for Le Nurb

Brunel’s Student President Ali Milani released a statement alongside 32 other NUS members announcing the boycott of the NUS Awards on Wednesday 8 July.

The boycott is said to be contrived in response to the part sponsorship from Coca Cola, a move which they believe to be a “direct violation” of the current BDS (Boycott, Divestment and Sanctions) policy.

The decision to boycott follows several protests at Brunel this year – including one in February’s Green Week, which saw banners read “Killer Coke: Unthinkable, Undrinkable”.

By the Editorial Team at Concourse

It’s not quite news, but we love Keele University’s Graduation Project and want to show it off! Concourse has contacted alumni from recent years and interviewed them about their first year away from Keele. One story reveals how one student got involved in the RAF, admitting he found “his calling in life”, another says travelling is something that will “change your entire outlook on life”.

Nouse’s piece on Motions of Censure kicked up quite a storm. There are so many comments, we couldn’t choose! Check out the thread on Nouse’s website.