The first in a new series, Spotlight, featuring articles written by you on topics of your choosing. This week, James Beeson of Exeposé, writes about his experiences of the University of Exeter attempting to censor the newspaper… 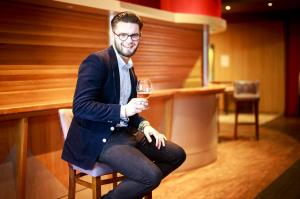 From learning vital skills such as how to use editing software to making friendships that will last a lifetime, editing my student newspaper has been one of the most rewarding and enjoyable parts of my time at university. It’s also made me cynical, jaded and occasionally
disgusted by the attitude of my university towards its student press.

When I was elected editor of Exeposé, The University of Exeter’s ‘independent’ student newspaper in March 2015, I was weary of the influence the University would try and exert upon my team and myself. Just months earlier, its Chief Operating Officer had threatened the publication, its editor and its own Student Union with legal action over the publication of a front page image relating to a story investigating the expenses of University staff. Nonetheless, I was taken aback by the sheer level of interference the senior management felt they could assert over a supposedly free press whose main role was to challenge and investigate matters of student interest.

The early issues went ahead without too much of a hitch, as we steered clear of controversy and found our feet in our new roles. However, the warning signs were there. In August 2015, I began work on a story investigating how safe Exeter was as a city for our Freshers’ edition. The University’s Press Office were on me like a flash, claiming the data I had sourced (from Freedom of Information requests) was not comparable due to the different ways in which the police collected the data in different counties across the UK. In the end, the story was published, but not without significant hassle over what was merely intended to be an informative piece, and one in which Exeter came out reasonably favourably.

Things began to step up a notch in September, after my co-editor published a story that revealed 500 members of staff had sought voluntary redundancy as part of the University’s ‘Professional Services Transformation.’ The week after the story was published, two senior members of University staff arrived in our media suite unannounced, and began to berate us for factual inaccuracies, claiming that we had deliberately twisted the data so as to portray the University in a negative light. The (now former) Chief Operating Officer then proceeded to label the headline of the article “shit” before going on to condescendingly offer to “check over” future stories to ensure they were factually accurate. The whole episode left me feeling as though our independence as a press outlet was being severely threatened, by an institution that cared little for anything other than its own reputation.

A familiar pattern began to emerge. In October 2015, The University demanded a right to reply in the form of a 500 word comment piece to a story expressing concerns over University overcrowding. The request was made at lunchtime on a Friday, less than 10 hours before our press deadline and with the comment pages having been already finished late the night before. We had already asked the University for comment in the main news investigation, but were cajoled and pestered until we felt we had little choice but to redesign the pages and fit the University’s article in, which did little but restate the opinions already expressed in the news article.

Far from trying to support Exeposé and ensure that our journalism was the best it could be, The University consistently caused us all manner of stress throughout the year. In January 2016, they informed us we could have an ‘exclusive’ in announcing that Pret A Manger would be opening an outlet on campus. We excitedly designed a front page and left space for the news story, which we were ensured we would have by the Wednesday of the week. Then, on Thursday afternoon, we were told we could no longer run the story in any form due to contracts having not been signed. This resulted in a hurried redesign and stress levels in the office soaring. For an institution that claims to care so much about its students, the lack of consideration for our wellbeing was appalling.

By the end of my tenure as editor, relations with the University were nothing short of abysmal. So much so, in fact, that the press office failed to inform us that they would be announcing the arrival of the new Chancellor, despite assuring us all year that we would be the first to know. A press release was sent to the local paper, and an email sent out to all students, without so much as a prior warning. The chance for some positive publicity from its own student newspaper was not even considered by the University, who preferred to make the announcement through its own corporate and bland PR mouthpiece.

You might be tempted to read this post and accuse me of simply venting and having a severe case of sour grapes. However, I believe that Exeter and other universities across the country are making a grave and uncalculated error in choosing to attempt to shut down and censor student press rather than giving it the support and praise it deserves. Just last month, UCL student Becky Pinnington was threatened with “dismissal without notice and potential exposure to court proceedings” for attempting to publish a story relating to a cash surplus from university-run housing, a move that was widely condemned by student media nationwide.

A free and impartial press remains a vital cornerstone of our society, and University should be no exception in this regard. The purpose of student media should be to challenge and question the university on matters that they deem to be in the interests of the student body. However, more and more Universities seem to feel as though their student newspapers ought to be nothing more than PR machines designed to reflect them in the best possible light. Student media is also a vital training ground for budding young journalists to train and hone their skills, and ought to be encouraged and even supported by universities for the benefits they bring to the student experience. Unfortunately, the reality is often something quite different…

If you would like to submit work for Spotlight, please email communications@spajournalism.com with the subject line ‘Spotlight Submission’, with either your submission as an attachment, or containing a link to the article.